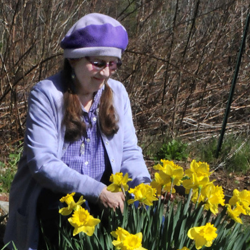 My name is Annie Stillwater Gray. I got my first broadcast license in 1974 when you had to take a long FCC exam to qualify. Since that time, I have worked at stations up and down the radio dial, both commercial and non-commercial. When the Telecommunications Act of 1996 resulted in local radio stations being purchased by big corporations and homogenized, I decided to go independent. I set out to produce a show that listeners can really enjoy, welcome radio.

First, I wanted to set the show in a place that people can visit when they listen, like I escape to Cicely, Alaska each time I watch Northern Exposure on TV. I decided to include elements of radio that have been little used of late, namely radio drama, skits, and especially a radio serial. I insist the show has a magical quality to it. For instance, I interview goddesses, gods, and the occasional elf or faery. Then there’s the music, all kinds, all genres, all eras from the 20’s to the 2000’s. Since each show has a theme, I choose the music based on that topic. My goal is to entertain, delight, and stir the imagination of listeners everywhere. I invite you to become a member of our extended family and visit The General Store every week.

I also do a live show Friday afternoons at 4:00pm on WMHB, 89.7 FM in Waterville, ME, called ‘Stroke the Goddess’. Having spent many years as a professional dj spinning mostly men on those generic rock stations, I thought it is only fair to balance that with a couple of hours a week focusing on women in music. I am also the music director for WXNZ-LP Skowhegan, and you can hear my edgier sets Tuesday 9-11pm on WXNZ. 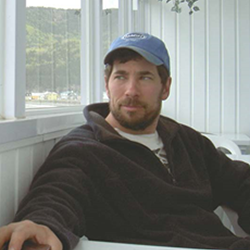 Hi, I’m Andy Wendell, the engineer, director, and technical advisor for The General Store Variety Show. I also play Annie’s husband (the hardware ace) in the show. It just so happens that I really am married to Annie in real life too! I came to Angels’ Notch from Pennsylvania, after graduating from Unity College in Unity, Maine with a Bachelor of Science degree in Environmental Science/Ecology. I’ve been earning my living as a practicing scientist, analyzing drinking water, and municipal and industrial wastewater for ClearWater Laboratory in Newport, Maine.

When I’m not at work or in the studio here at home, or driving somewhere in between, I’m digging in the garden, watering the vegetables and flowers, cutting, splitting, and throwing firewood, plowing the driveway, etc. etc. My alias, Timewalker, is the Jazz and Techno director for WMHB and also does a radio show called ‘Jazzbeat’ live Friday nights at 7:00pm on WMHB, 89.7 FM Waterville, Maine. I also happen to be the program director for WXNZ-LP Skowhegan, and you can hear my techno shows Monday 9-11pm on WXNZ.

I love doing The General Store Variety Show, because: